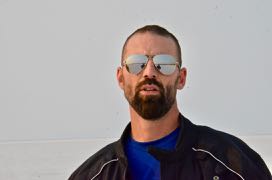 Yesterday, I was given an Eskimo name. I hadn’t been lobbying or longing for it. I was honored to accept it, though it happened suddenly. There was no ceremony, I didn’t kneel down or anything; there was no oath involved. I figured it would happen naturally as I built friendships in this Bering Straights region of Alaska, but it happened in the middle of chit-chat. It was bestowed upon me by an important person in the local tribal government. (I've omitted her name here, as I don't want to unnecessarily associate her with some of my opinions, which she may not agree with). We spoke about it for a minute, then I had to do something else and so I was left to think on the significance on my own.

What’s in a name? The name given me, is “Allughqekaq”. I can’t say it. It means, “Adopted One.” She explained that on St. Lawrence Island, those adopted were treated better than natural born children. Native Alaskans have more fluid traditions and practices surrounding child-care than most lower-48ans, and so children are many times given in adoption to their grandparents, who then formally raise them, but they continue to call their birth mother, “mother”, and their grandmother, “mother.” I’ve met children who were given in adoption to cousins, aunts, uncles, grieving siblings who had just lost a loved one. And it isn’t that parents don’t care for they children, its that family is so interconnected that it is more of a true village/community approach to child-rearing.

So, I’m the “Adopted one,” who can’t say his name. I remember my first cage fight. I hadn’t earned a “fight name” like many of my training partners had. There was Jake “the Snake,” and Derek “the Gentleman”, and Safu, “the Quiet One”, and James “Bird Dog”. The local fight show where I made my entrance, asked me for a fight name. I didn’t give one, and so when I made my entrance, the announcer availed himself and called me, “Frosty IAAAAAAAAN FOSTERRRRRRRR!” Now, I have nothing against “Frosty”, but it was my brother’s nickname, and I’m not a Frosty person, so for my next fight, I proactively changed my fight name to “Maverick.” I’ve been called “Maverick” at various times, by various friends, for various reasons, (not all of them Top-Gun related), and I figured that was better than Frosty. That was the last time I fought (1-1 record, if you’re curious), but I still have friends call me by my fight name, Mav.

My given name is Ian, and I was on a reality show broadcast around the world, so when I travel, I go by a different name. I don’t want to be easily Googleable, you see. But I’m not a very good spy, so I constantly accidentally give my name as “Ian,” and have to tell white-lies about, “Oh, its my middle name…..” And frankly, 3 years removed from reality TV, I don’t know if its necessary to try and be discreet about my E-list celebrity-dom anymore. I know it WAS pretty crazy having a restaurant owner recognize me, 2 blocks from the Wailing Wall in Jerusalem. “Are you on the TV? I think I see you on the TV.” Wasn’t me, man….

I identify myself as an Ian. When people say my name, it means something in my brain. Its not just a familiar sound, like a dog hears when it hears its name. I hear it, and know it means I am being called to attention, to some sort of performance, like all of our interactions are performances.

And as I’ve grown older, the name “Ian” when spoken in my direction has come to mean something different than when I was younger. When I heard my name, “Ian”, in a classroom, when I was younger, I was hesitant to answer, and never shared fully what I thought. I was nervous, and rarely ready with my full intellectual arsenal. The sound of “Ian,” brought a little bit of hesitancy. I’m to the point now, where hearing my name is permission to share what I really think. Sometimes I even raise my hand, caution-be-damned, and tell people how it is. The sound of “Ian” is the key unlocking my brain, my voice, my thoughts. Me. I am become Ian.

I remember years ago, I was 17 years old, in a dehoodlumization program in Western Samoa. I was there for 8.5 months. I lived on a beach, wore a lava-lava (sarong type dress wrap), and had a regimented and scheduled existence with about 150 other teenagers in various stages of rebellion or coming-to-Jesus. Because of the population, we didn’t have razors, (which a depressed teen could use to cut themselves) or mirrors (for the same reason). Once a month or so, a staff member would look at my chin, and tell me I had to shave, and I would be provided an electric shaver and a mirror. This wasn’t a precise thing, that I saw myself once a month- but I remember having a few periods of over a month where I didn’t see myself. I wasn’t able to see how I looked everyday. I was only a mouth, and a brain. I began to identify myself from the inside out. Not from a name, but from the true workings of the organism people couldn’t see and summarily identify with a three-letter word, I-A-N.

Some remarkable things came from not looking at myself in the mirror for weeks and months at a time. I would encourage anyone to put away your mirrors for a week, and see what happens. Especially women. Are you your name? Are you your face, your clothes, your accent? Or are you something else? Where does your identity come from? How did it get that way? Who chose it? Do you like it? Who changes it if it needs changing?