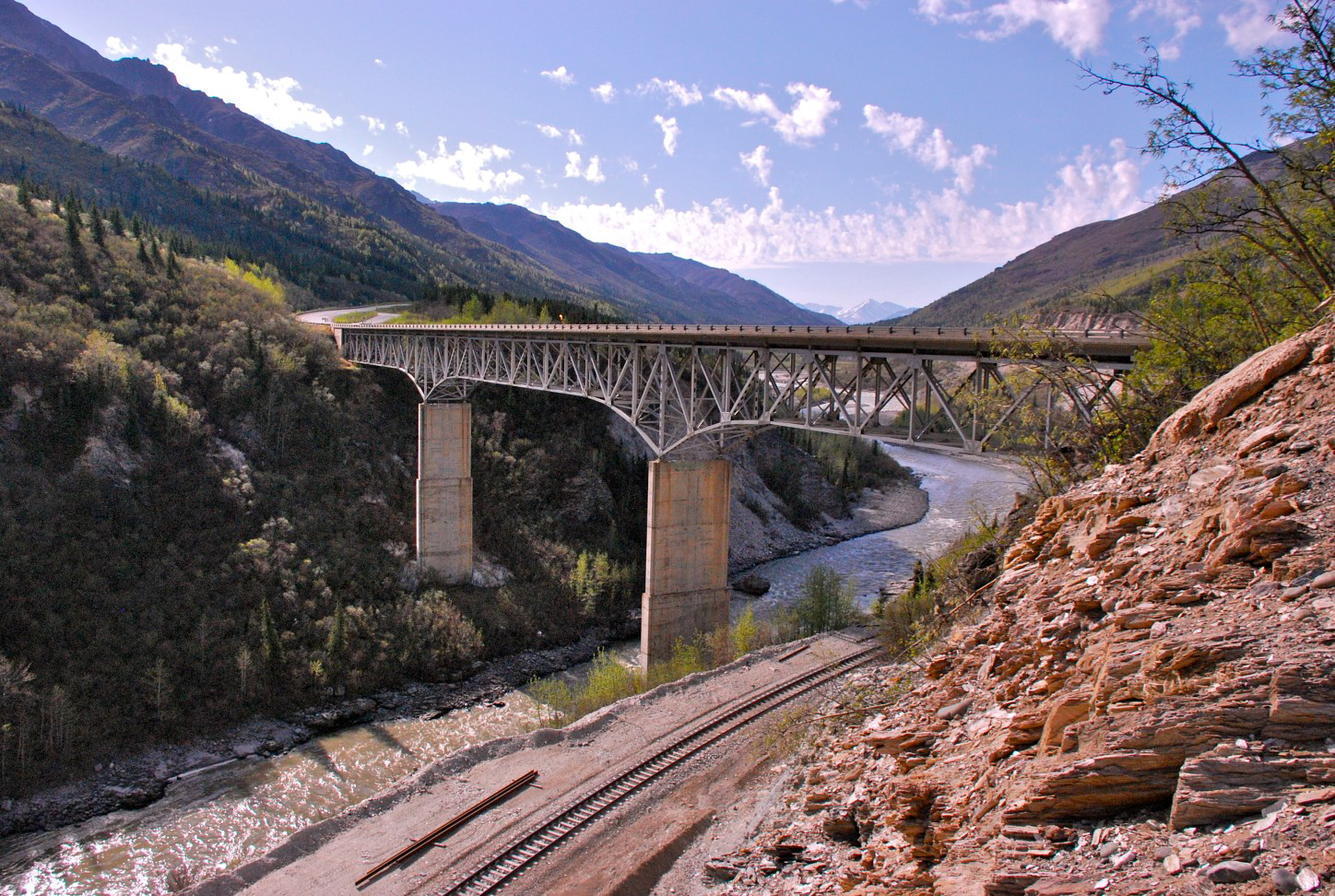 An opportunity came up to go to Alaska, dredging for gold. I was formally offered a position on a Tuesday. On Wednesday I accepted. Thursday, after work at the mine, 20 of us were laid off. Over the course of 2 months they laid off half their work force. Interesting how when one door opens, sometimes the door closing slams you in the butt.

Don't know what's with me and wild, open places. I wanted to go to Africa for that reason. I wanted to see stretches of land where I was the only person. I saw it. It was beautiful. I wanted to see Alaska for the same reason. But its only since I've lived here that I've realized what its all about.

Its a search for stillness. So, so very hard to find in the 'real' world.

My first week here, a good friend of mine, Bo Gardner, came to visit and we drove from Nome to Council. Council is a little outpost group of homes/cabins/shacks about 2 hours kind of East-north-east of Nome. The drive follows the coast, then goes inland. I can't remember when I've felt more like Christmas than what I saw on that drive. It was like God had saved a special mural just for us, and 30 years into my life he was finally willing to share it with me. Lord, it was beautiful.

The greens and shades of greens inside of greens. The shacks. Even the evidence of man in the form of rusting machinery and discarded this and thats can't detract from it. All evidence of work and industry. Hard to begrudge the abandoned tools of a man's dreams.

We went fishing, and I hadn't fished since I was a kid. Felt bad for the suckers- never really caught anything anyway. But now, well, we needed the meat. I was fishing of necessity. Caught 4 grayling in exchange for 10 mosquito bites. The Lord giveth and taketh away.

Just like Africa, when you frame pictures in Alaska, it frames itself. Because of the 22 hour day, most of which have been overcast, the lighting has been perfect. Dusk is a great time for photography, but it usually is a small half-hour window. In Alaska, dusk lasts from 9pm-12am.

I came up here to dredge for gold. The process is simple and is applied to creeks, rivers, lakes and for us, the ocean. You vacuum up silt from the floor of the ocean, the sediment runs through a sluice box which sorts the gold from the sand/rock/nothing. Someone has to be on the end of the hose to direct the flow of sediment. Enter Ian Foster.

I now find myself in Nome, Alaska, living in a big WW II Army tent on the beach, diving in 50 degree water, running an 8 inch vacuum hose, 20 feet deep on the bottom of the ocean for a living. Its totally nutty. Working in the mine was sissy stuff.

Last time out I dove for 4 hours. At the end, I had to unclog a rock from our hose. When the pump turns off, it turns the hot water off too. We keep hot water constantly pumped to our suits... So, no hot water, I came up to the surface. Couldn't see where the rock was. Went back down the hose to visually inspect the hose with a flash-light. (it was 1am.) Couldn't see it. Came back up. Went back down to bang on a bend in the hose with a hammer. Came back up. Still clogged. Took a rope back down, tied it off at the nozzle. Come back up for good. I can see my breath.

I'd been in the water for 20 minutes. Shivering. Glorious. You can FEEL that. It isn't sitting at a computer moving stuff from one electronic box to another all day. You can feel the life in your body. And its beautiful. And miserable. Can't remember a time I've been more miserable since I got to the Denny's in New Mexico a few years back after a 5 hour motorcycle ride at night. I ordered 6 cups of hot water and just let my hands hold the cup to warm up. Took 6 cups before I could unbend my fingers from the motorcycle grip they were frozen in. Misery along those lines. Marvelous misery.

And the whole package deal, the job, the town, the people, the setting, and Alaska, I keep wondering when something really bad is going to happen. Can it really get as good as this? People leave the keys in their cars when they walk into the store here. People know each other here. They let you shower at their homes because you're living on a beach.

The dredging community is really connected here. All the men that do it are the loner types. Some have wives, but all feel compelled/pulled/drawn by the silent seduction of Alaska. She's a lover that seems to say, "keep pushing forward, there's something else if you dive longer or go over that hill or try that river. You may just find it. You just may." And they keep trying.

And I've seen gold on the bottom of the ocean. You vacuum through a layer of sand to 8 inches of rock, but there, on a layer of clay, 1 foot below the ocean floor, you can see little flecks of gold. An ounce of gold isn't that much. In flecks, it takes up about as much space as the first two knuckles of your pinkie. And I trade my time, energy, and put my life on the line in one of the harshest seas of the earth for this golden rock in such damned small amounts. Even the ironies of Alaska are monumental.

But its still. There's manly drama as you're likely to see anywhere men who know it all are trying to get something done; but without the nastiness of women, man problems are so easy and innocent.

And all the while, the wind off the Bering Sea gets cold, and warm. It gets sunny and cloudy. The day never ends. And there's a stillness, even when its busy. I can feel it soaking into my bones like those warm cups of water into my hands, 6 years ago.